The world-famous Yardbirds made their only New Jersey appearance this year at the historic Strand Theater in Lakewood on Friday, October 7th, 2016. There, along with The Chuck Lambert Band, they lent their considerable talents to a benefit concert to help individuals with developmental disabilities in Monmouth and Ocean counties.

Performing for an enthusiastic audience, these two groups — one a world-renowned band, and the other a beloved local talent — put on a show in which the proceeds were donated to Family Resource Associates, a non-profit agency located in Shrewsbury, NJ. This organization is one which helps children, adolescents, and adults with disabilities reach their full potential through modern therapies and advanced technology.

At The Strand, The Chuck Lambert Band was the perfect group to kick off the evening’s festivities for a spirited crowd with a set filled with downhome blues. 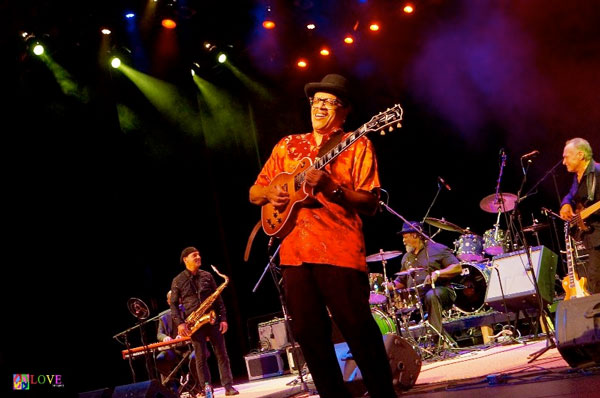 With Lambert on guitar and vocals, the group also featured Tony Tota on keyboards, Eric Salkin on saxophone, Jay “Boxcar” Battle on drums, and James Keenan on bass. 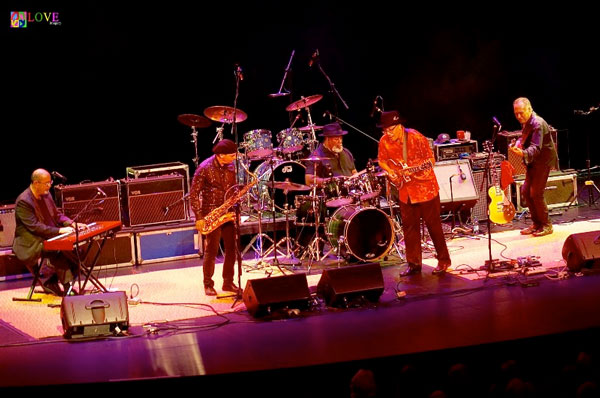 In the early 1970’s, Lambert cut his musical teeth while still a student at Lafayette College. It was at that time he had the opportunity to back up such blues legends as John Lee Hooker and Screamin’ Jay Hawkins. 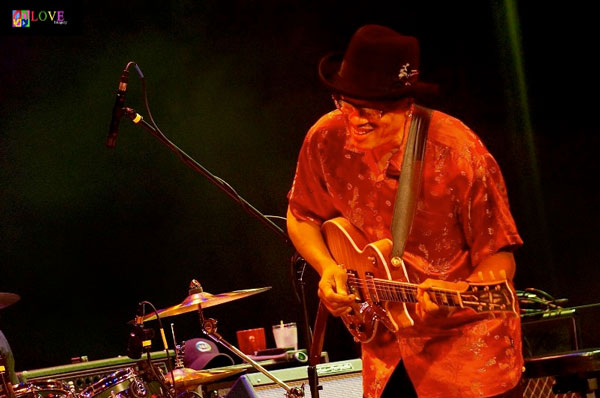 Much more recently, however, Lambert and his group have focused on playing for crowds up and down the Jersey Shore, Philadelphia, and New York City, all the while making time to play gigs in Lambert’s home town of Red Bank, NJ. 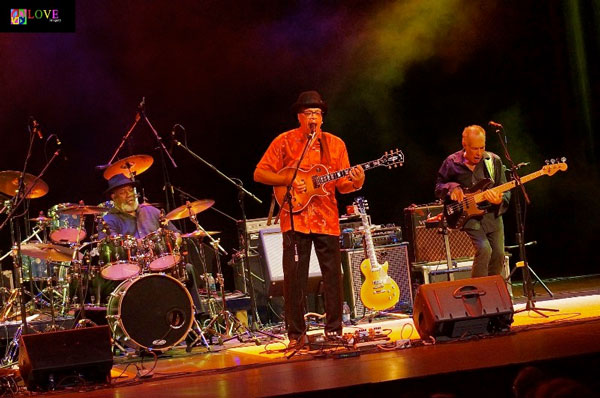 With his soulful vocals and guitar talent, Lambert — once referred to as the Dean of The Jersey Shore Blues Scene — transported the audience at The Strand to a time when the blues reigned supreme. 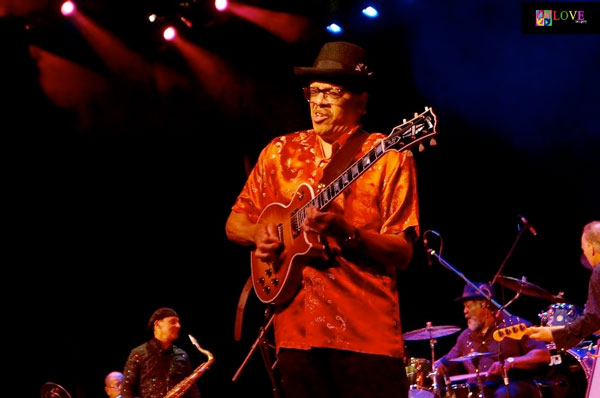 Bridging the gap between modern electric blues and the long-standing blues tradition, Lambert and his musical colleagues captivated the crowd at The Strand, and all for a great cause. 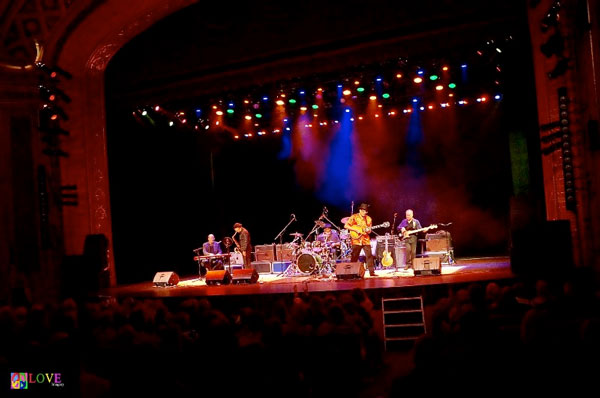 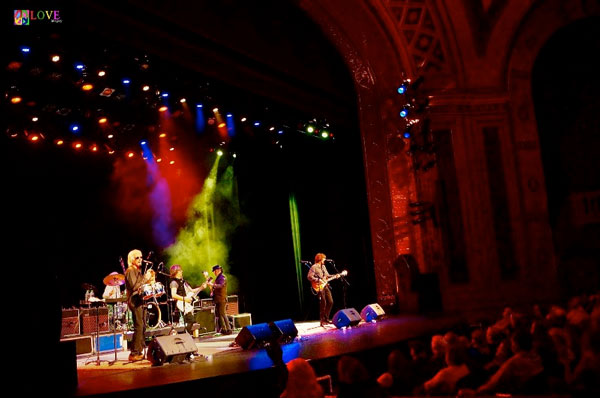 The Yardbirds were formed in London in 1963. Over the course of their half-century history, the band has produced three of the greatest guitar legends of all time: Eric Clapton, Jeff Beck, and Jimmy Page.

After playing in The Yardbirds, Clapton went on to have great success with Cream and then, again, as a solo artist. Beck performed on countless recordings and also started his own band, The Jeff Beck Group. Page went on to create the classic rock band, Led Zeppelin.

As a group, the early Yardbirds expanded the range of the electric guitar, experimenting with feedback, sustain, and fuzztone. They also coined and popularized the “rave-up,” a kind of musical free-for-all where, simultaneously, the group jammed long and hard for up to 30 minutes until reaching a shuddering climax before popping back into whatever song they were playing for just one more chorus. 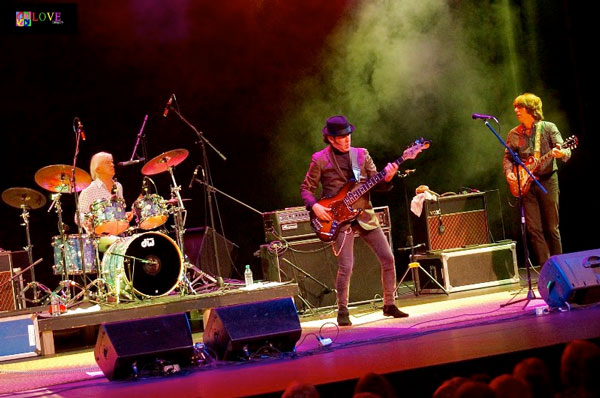 Anchoring the current lineup of the group at The Strand was Yardbirds’ founder, drummer Jim McCartey, 73. For a stretch of time when The Yardbirds had disbanded, McCartey also had success with another group he founded — Renaissance. 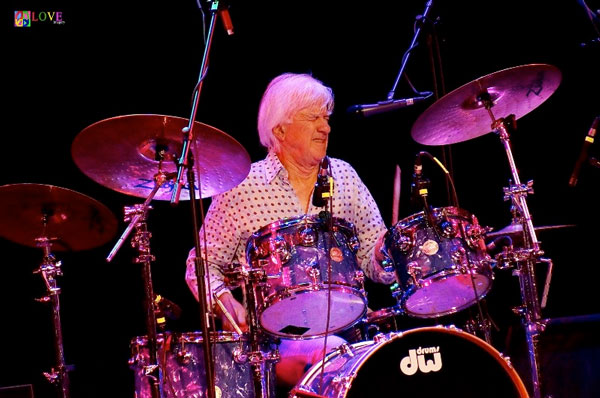 In addition to McCarty, The Yardbirds also featured John Idan on lead vocals and guitar, Johnny A. on lead guitar, Kenny Aronson on bass, and Myke Scavone on harmonica, percussion, and back-up vocals. Scavone, a New Jersey native originally from North Plainfield, is also the lead singer for another group, The Doughboys. 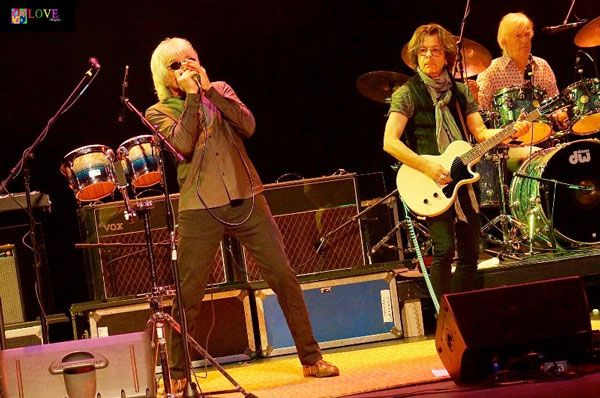 Presenting a set filled with nearly two dozen Yardbirds’ classics, McCartey, Scavone, and the rest of the band performed such Yardbirds’ staples as “Heart Full of Soul,” “Over Under Sideways Down,” “Train Kept A-Rollin’,” “Shapes of Things,” and “I’m a Man,” in addition to the group’s 1965 Top Ten hit, “For Your Love.”

Over the course of the evening, this legendary group— credited for laying the groundwork for much of the hard rock and progressive rock of the late ’60s to the present — energized the passionate crowd at The Strand, providing them with an incredible night of music and memories, all while helping a worthy local cause: Family Resource Associates of NJ. 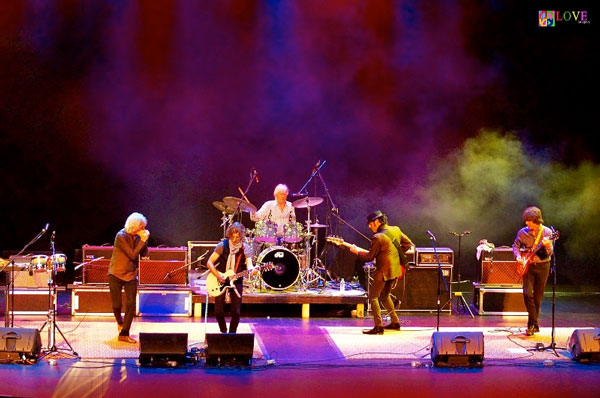 For more information about Family Resource Associates, please see www.frainc.org. To learn more about The Chuck Lambert Band, go to www.chucklambert.com. For further info on The Yardbirds, check out www.theyardbirds.com. For upcoming performances at The Strand Theater in Lakewood — including Vanilla Fudge on November 28, 2016 — please see www.strand.org.